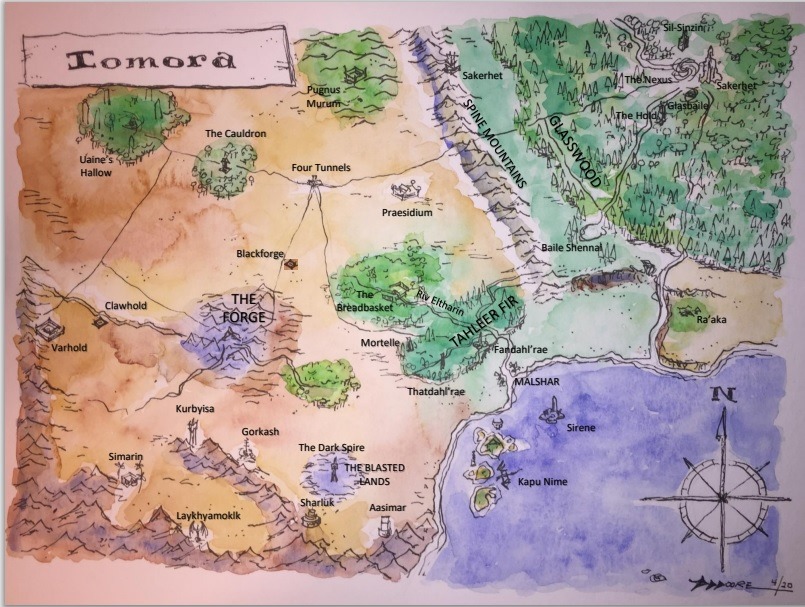 Our first campaign takes place on the continent of Iomora, This is a home-brew-world created by all the Architects (AKA or DM and players).  The game itself will use the Dungeons and Dragons 5th edition ruleset with some healthy “homebrew” elements. The map was lovingly painted by our friend Matthew Moore. 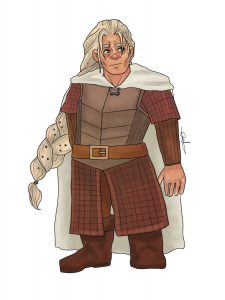 Ordrum is from a family of Hill Dwarves who were brewers, he was pulled into a conflict that he was not prepared for.  That trauma took his family and his beard, a symbol of Dwarven virility and power.  For some reason since the war he can no longer grow facial hair, leading to him receiving the nickname “Razor” from his worst childhood bully.  After years in service of the Church of the Great Forge as junior acolyte he has finally left home for his long overdue assignment as a novice priest…unfortunately his new boss is the bully who named him Razor. 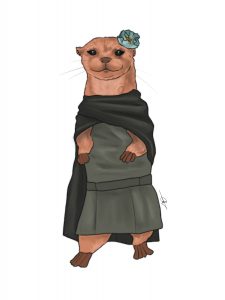 Zeeqa is an Easog, an anthropomorphic weasel person, a fey species unique to Iomora.  She is a very positive and eager traveler looking to learn more about this big world she’s only seen a small part of.  Her people have also suffered greatly from a recent war, but that has not dampened their pluck and determination.  She has left her home to go on her “walk” a tradition among Easog where they leave home to experience the world.  She is heading to the city of Malshar, the largest city in Iomora, what could go wrong? 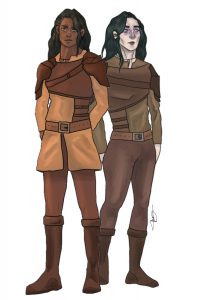 Keirnan is a very private person, for good reason.  Few have ever met a Changeling .out in the world, these shapeshifters are largely viewed as a myth. He has followed the pull of destiny east to Malshar and has become boon companions with Zeeqa and Razor.  He hides his true face lest his kin find him and send him back home, a place he left for a reason.

Our campaign begins in the great city of Malshar, the largest city in Iomora.  Here is a map (made with the wonderful mapmaker at www.inkarnate.com) 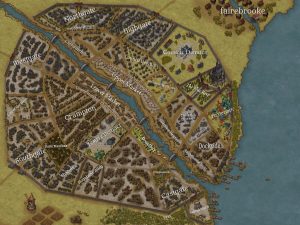